Japan is one of the countries with the most food additives in the world! 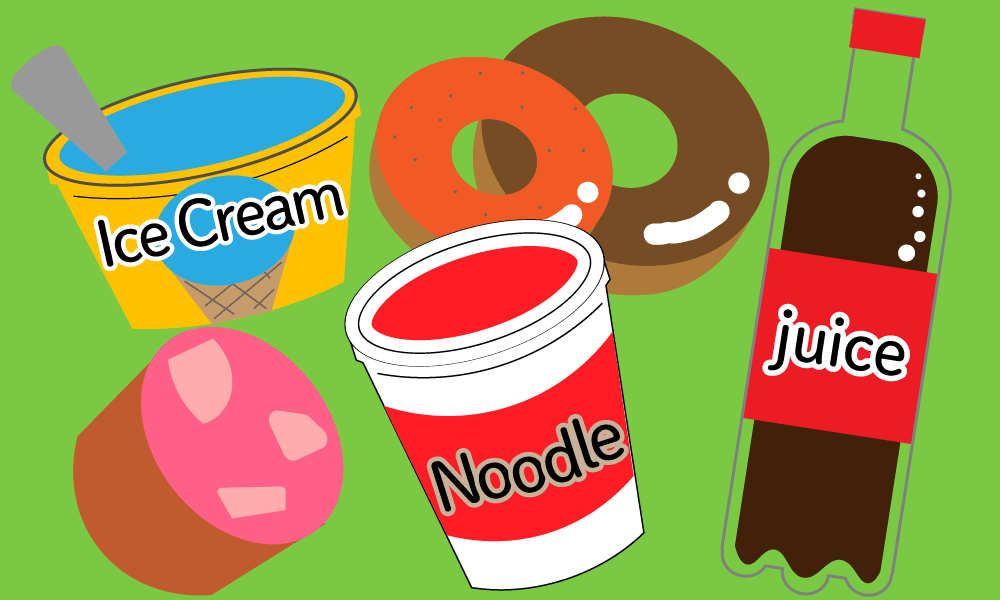 1.What are food additives?

『Those used by adding or mixing with food for the purpose of processing or preserving food.』

Specifically, it has the following purposes.

It is used to do these things easily and quickly at the lowest possible cost.

Food additives look good in this way, but artificially made synthetic additives and chemical seasonings have not been certified for safety in decades or to the next generation!

There are more than 1500 types of food additives approved for use in Japan, such as colorants, preservatives, antioxidants, sweeteners, seasonings, and brighteners, including chemically synthesized additives and natural additives!

There are four main types of food additives in Japan.

① "designated additives" 472 items
Those designated by the Minister of Health, Labor and Welfare after evaluating their safety, such as sorbic acid and xylitol.

②"Existing additives" 357 items
It has been used for a long time in Japan and has a long history. Gardenia pigments and persimmon tannins that are exceptionally approved for use and sale without being designated.

③"Natural fragrance" about 600 items
Natural substances obtained from plants and animals such as vanilla fragrance and crab fragrance.

④"General food and drink additives" about 100 items
Those that are generally recognized as foods such as fruit juice and agar and are also used as additives.

There are also thousands of other synthetic flavor combinations and uncounted food additives such as yeast extract!

3. About labeling of Japanese food additives

It is basically a food additive that must be labeled, but it may be exempt from labeling.

① Processing aid
Items that are removed before the processed food is completed.
Hypochlorous acid for cleaning food, hydrochloric acid and caustic soda that dissolve the skin of mandarin oranges, etc.

② Carry-over
It is not a product that was added directly during food processing, but has a low content and is considered to have no effect on taste or effect.
Preservatives contained in the soy sauce used for rice crackers, etc.

④ Batch display
Individual labeling is exempted for items that exert one effect by combining multiple items such as yeast foods, seasonings, and emulsifiers.

⑥ When the displayable area is 30 ㎠ or less
It is judged that there is not enough area to label food additives, and labeling is exempted.

By the way, it is said that the number of food additives in the world such as the United States, Europe and Oceania is overwhelmingly less than that in Japan, and the classification and labeling standards are strict.

In fact, when I was in New Zealand, I felt that there were many additives for snacks purchased at supermarkets, but this is described in detail in New Zealand without exemption from labeling of food additives as in Japan. I think I could see more additives than Japanese snacks.

・The labeling of food additives has changed!

From July 2020, it is no longer possible to display "artificial" or "synthetic" such as artificial sweeteners, synthetic colorants, and synthetic fragrances.

According to a survey by the Consumer Affairs Agency, the reason is
『It turns out that some consumers avoid adding letters such as "artificial" and "synthetic" in their additives.』 that's why.lol

Therefore, the Consumer Affairs Agency wants us to take any additives, natural or artificial.
Well, if this display method is used, there is a possibility that natural origin will no longer be used.

So avoid labeling other than raw materials! It ’s safer!