Perilla oil is the oil with the highest amount of α-linolenic acid in omega 3. It is completely effective in preventing allergies and lifestyle-related diseases! However, omega 3 oils are easy to oxidize, so the manufacturing method and storage method are very important!

Oil from the seeds of Perilla, a plant of the Labiatae family. Perilla leaves are very similar to Shiso leaves and are eaten as vegetables in Korea.
The characteristic of α-linolenic acid in Perilla oil is that it is actually a little higher than flaxseed oil. α-linolenic acid helps prevent and alleviate allergies. It also improves the balance of cholesterol in the blood and makes the blood smoother, so it is effective in preventing lifestyle-related diseases.
In addition, the phytochemicals contained in Perilla oil also have the effect of suppressing allergy, so we can expect further prevention and improvement of pollinosis and allergic symptoms!

For prevent and alleviate allergies!

The biggest feature of Perilla oil is that it has the highest content of α-linolenic acid in omega 3!
When α-linolenic acid is taken into the body, it changes to a substance called prostaglandin and exerts various effects, one of which is the effect of suppressing allergic reactions.

The biggest difference from other omega 3 oils is phytochemicals.
Perilla oil contains a lot of phytochemicals such as rosmarinic acid and luteolin, both of which are effective in suppressing allergies!
Therefore, the allergy-suppressing effect of Perilla oil is the greatest among the oils!!

This oil is recommended for those who suffer from allergic symptoms and hay fever!

For prevention of lifestyle-related diseases!

Perilla oil, which is rich in α-linolenic acid, has the effect of smoothing blood.
Therefore, you can expect prevention of lifestyle-related diseases such as arteriosclerosis, myocardial infarction, and stroke!

How to eat Perilla oil

Perilla oil, which has a peculiar bitterness, is often thought to be difficult to use, but it can also be an accent to cooking.
However, Perilla oil, which contains about 60% α-linolenic acid, is sensitive to heat, so heating is NG!

It is recommended to sprinkle to salad or Japanese food, or put it on bread and eat it!
Perilla oil is surprisingly good for anything.^ ^

・For smoothies and fresh juices

If you really don't like Perilla oil, I recommend mixing it with smoothies or fresh juices!
For hungry, it is very good to take vegetable and fruit enzymes and dietary fiber, so please try it for the first meal of the day.^ ^

As I mentioned above, Perilla oil is heat-sensitive and easily oxidized. So heating is NG.
After opening, store in a refrigerator and use up within 1 month, at the longest, 2 months!

Due to the popularity of oil in recent years, Perilla oil has come to be found in supermarkets. But be careful, don't buy too cheap Perilla oil!
Specifically, those in plastic bottles, those with non-light-shielding bottles, those from too large manufacturers, etc.
Since these oils are mass-produced with a focus on cost rather than quality, it is dangerous because the oil has deteriorated or there is a problem with the extraction method!
The oil you bought for your health shouldn't make you unhealthy, so be careful about the quality of the oil! 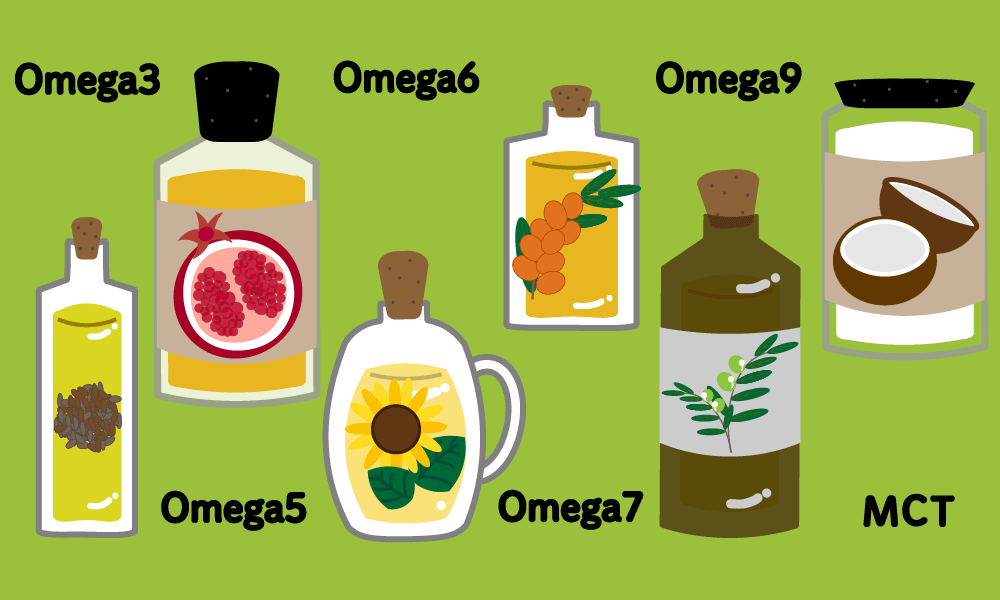